Home Poetry A Tale of being, of green and of ing..

A Tale of being, of green and of ing..

A tale of being, of green and of ing is a collection of 63 poems written by Yewande Adebowale and divided in three parts, with each part bearing 21 poems each.

A tale of being, of green and of ing is a collection of 63 poems written by Yewande Adebowale and divided in three parts, with each part bearing 21 poems each. The division of the book in three parts pays homage to the work of Parmenides of Elea, an ancient Greek philosopher in his three part book of poems titled, ‘on nature’ which laid the foundation of being from a philosophical standpoint – while the views of Parmenides may be archaic, it is undisputed that he laid the proper foundation of being through poetry.
The first part of this book ‘of being’ delves into the philosophical foundations of being, exploring the concept of self, the origin of man, the tripartite composite of man – body, spirit and soul – and of the existence of the Supreme Being. The first poem is titled a ‘proem’ which gives an introduction into the body of the work. This part tells of the story of creation with biblical allusion, of birth, death and the hereinafter. Of being, also tells the story of love, heartbreak, of aging, the cycle of life, the insatiable appetite of man and pseudo pedestals. The experiences of life and living are also explored in this work – creation, procreation, regeneration – the beauty of dreams and a discourse on gender are not left out. How can a moment last forever? How can a story never die? The poet seeks to answer these age long questions and more in this part of the work by taking a leap from genesis. As an existential crisis besets many in this age, this book seeks to go to the foundations of being in an attempt at demystifying such a vague concept by giving readers a renewed sense of consciousness, awareness and identity.
The second part of the book, ‘of green’ tells a story of being Nigerian and the tenets of being African. Modelled after the Nigerian national colour this part of the book interrogates the highs and lows of the reality of living and breathing green replete with its frustrations and joys. In the spirit of green, this part recognises the sacrifice of the Nigerian military from a historical standpoint. The aesthetic landscape and beauty of green are not left out in this discourse. In this second part of the book, the poet uses the symbolism of green to represent at intervals, Nigeria in particular and Africa in general as green symbolises life and hope. What pasture is greener than green? The poet expresses a patriotic gesture towards her motherland by documenting experiences – personal and historical – about Nigeria – the struggles, silent dissatisfaction, pain and victories with a renewed sense of hope. This part explores a discourse on corruption, insurgency, the Nigerian military, war, chaos, election, politics, emigration, taxation, the beauty of Africa and more. Many conversations are woven into the fabric of this second part of the book. The poet desires above all that the nation Nigeria may be evergreen.
The third part of the book, ‘of ing’ tells of nature and self revolving forces of night and day, days and months, times and seasons. The poet employs the use of poetic licence to name this independent and continuous force of nature, ‘ing’ meaning “everything and more without end”. This part tells Mother Nature’s story with a conservation mindset to save the earth. Of ing tells of cultivation, of progress, progression, fruitfulness, multiplication, perpetual regeneration and birthing. This part attempts to itemize the things that will last even when all else falls away. The ‘ing’ in grammar is a suffix which denotes a verbal action or is associated with a process or used to form the continuous. The poet-philosopher postulates that when ‘be’ (which is used to form the continuous) collides with ‘ing’ the end result is ‘green’. Therefore it is in the nature of the being to multiply, regenerate and to never die (evergreen)
A common thread runs through the fabric of these three parts and this is the present and progressive force of things leaving the reader with a strong message of hope.

There are no reviews yet.

Be the first to review “A Tale of being, of green and of ing..” Cancel reply

Of things that will never fade

Writing for Yewande is just as important as breathing, it has always been her safe place, in her words, “a panacea in distress, a medium of self-purgation and a harbor in the midst of turbulence”. She hopes to share her poetry with all – both far and near – by documenting her daily experiences through the poetic arts. It is safe to say that Yewande has finally found her voice and some meaning to her existence. Her poems have won numerous awards, among which are The Guardian Newspaper poetry prize, the Fidelity Bank prize for creative writing among others.
Contact us: contact@yewande.me
© Copyright 2021 - Yewande Designed by 3j2 Unlimited
MORE STORIES 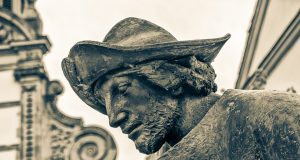